Gold in the Abitibi Greenstone Belt, Canada : a Geological and Historical Overview 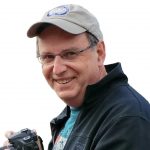 Since the first discovery of gold, the ensuing gold rush with the onset of production in the early 1900s, the Abitibi greenstone belt, that straddles the provinces of Quebec and Ontario, has been the main source of this precious metal in Canada with more than 190 million ounces of gold (Moz Au) produced. The total gold content of the belt, including production, reserves, and resources (measured and indicated), exceeds 300 Moz Au. It has made the country one of the top gold producers and one of the world’s most prospective areas for precious metals (Figures 1 and 2). The Abitibi greenstone belt hosts 21 world-class deposits containing more than 3 Moz Au each. An impressive total of 124 mines were put into production during the last century.

The main objectives of this brief overview are to present a historical perspective on gold production in the Abitibi greenstone belt and its dependency on the price of gold and key political events, and to highlight the geological parameters that have influenced the formation and distribution of gold mineralization in space and time. Since gold deposit types can form in different places and at different times, the mineralization is described below in terms of style rather than genetic type or by deposit.