Mines and Mining Projects in Quebec 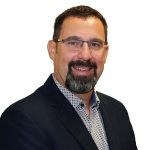 As of December 2020, the Province of Quebec had 22 mines in operation and 4 mines under maintenance. Some 29 development projects are now under study, which should increase the number of operations in the coming years. About 30 metals and minerals are extracted from the subsurface, making the province’s production the most diversified in Canada. According to the Institut de la Statistique du Québec (ISQ), the value of mineral shipments was more than $10.9 billion in 2019, a 15% increase over 2017. The value of deliveries of metallic commodities was $9.3 billion, or just over 85% of the province’s total mineral shipments, and non-metallic substances represented just over $1.6 billion.