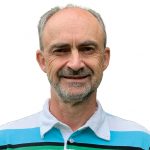 In 2017, a survey of all mining company members of the Quebec Mining Association (QMA) was conducted to collect information about employment, salaries and benefits as well as expenditures in the mining industry. Data collected showed that investments by mining companies reached $1.1 billion in 2016, including $905 M for suppliers located in Quebec (85.5%). It should be noted that these amounts are for invoices actually paid in 2016. Expenditures within Quebec were broken down by administrative region (N=17) according to the place of business of each supplier. A total of 26 mining companies currently operating in Quebec, representing an overwhelming share of the industry’s activity in the province, provided information about their activities.